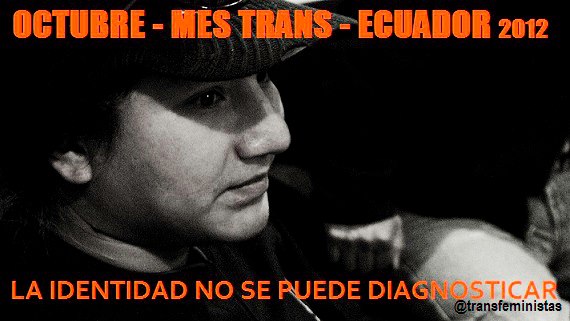 I will first talk about the situation in the Netherlands, since I think hardly anyone really knows about this. Then I will delve more into depathologisation of (trans*) identities.

So, trans* in the Netherlands, what does that mean. How does trans* look here, how do I and my fellow trans* people live?

The first thing I think you have to understand, if you are from a non-Dutch background or know just a bit about trans*, is that everything trans* here is being seen through a transsexual lens, measured through a transsexual matrix. Reason for this lies in history: the Netherlands was one of the first countries in Europe to give trans specific health care. From the beginning of the 1980s a clinical centre got set up at the VU in Amsterdam, later in Groningen a second team.

And the Netherlands is country that loves to divide things up in neat categories. “Raked over”, “aangeharkt” is the comment we get from outsiders, and rightly so. “There be monsters” could have been a Dutch saying. Everything outside the categories is scary. We don’t mind monsters, as long as we can place them in a box.

Then: there is treatment for a small group of trans* people. And except maybe when working in a medical context, I loathe that word because of its “curing” aspects. What trans* people need more – next to getting rid of transphobic contexts – is psychological assistance, and maybe medical assistance if you feel that bad through all the shit of feeling different and being treated less favourable than non-trans* non LGBTI people.

There is a law change coming up that will take care of the most flagrant human rights violation towards trans people. What will it bring?

Then the current situation: it is shit. No murders, that is good. But because of the raked over character of Dutch society, and because of ignored but stimulated patriarchal thinking, almost 60% of the respondents abhor gender confusion when confronted with someone: people should be clearly recognisable as male or female. 20% of the respondents prefers not to have contact with transgender people, 10% would see it as a reason to disconnect, to break friendship, IRL that is.

70% of Dutch trans people has considered suicide, 20% attempted and an unknown percentage succeeded. Has been suicided so to say by transphobic society. 40% is without a job with many in bijstand or WW (social security or unemployment benefit). Also 40% has followed high education.

Many get scolded or attacked, but fortunately: no killings here.

A very good thing is that work is being done on this. There is TNN, Transgender Network Netherlands and COC uniting their efforts, the ministry of emancipation also sees need for and work on improvement.

But that doesn’t mean things will be OK soon, as you will guess. Because all work from a reformist perspective, all have a transsexual lens through which they look. Most think from a perspective of trans as a big problem, something that can be “cured” by medical interventions. Poor trans people, that have to suffer so much.

That of course also has to do with and is caused by the pathological context that is so strong here. Dutch raked over society thinks it had erased the monsters, but actually through their biologistic legal thinking is creating new ones. And they will have trouble anyway: nature is not neatly raked over, nature is a mess. So their idea of having the birth giver registered as mother of a child, even if they are legally a father, creates male mothers, that socially are fathers. But conceding means they will have birth giving males, which fucks up their system again. And procreating, impregnating mothers also of course. All has to do with the fear for autonomous women. Poor legislators, poor believers. This fear for women also is one of the reasons for my booklet that I am presenting today here.

Practically speaking my booklet is only for people who master Dutch or who need a terrific good reason to start learning dutch. I just published a Dutch language booklet Transgender: why is that is disordered?” In English it already sounds more like my great example: the Spanish book “El genero desordenado” the disordered gender. 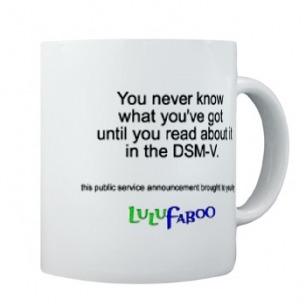 So I now want to delve a bit deeper into depathologisation. And mostly why that is so needed.

If we do not start real soon now with adhering to a different paradigm of pathology and of taking people serious in their stories about how they feel and what they experience we will end up with in the very small group of so called sound people and get rid of diversity, colour, an ultimately create only inbreeding. Sounds already rather eugenic. But I think that is the consequence and the expression of what is happening with the DSM 5: where the previous DSM already was huge, the new one gets even bigger. Critique is that too many phenomena get a place there, normal

behaviour is being pathologized. And surely where it comes to sexuality and gender it contains things that are considered bad for American morals. With trans* related issues they say it is only meant for people who experience distress, but that is a faulty explanation. Then you can just diagnose (or classify) the depression or anxiety the person has. Fetishistic cross dressing doesn’t hurt anyone. But if you get anxious because of it, then treat the anxiety. The problem is: DSM looks for psychiatric and/or psychologic solutions for problems caused by society without acknowledging society’s role in this. It prefers medication. Many authors, and surely all authors of the trans* related section, have ties with pharmaceutic industry. As have endocrinologists, at least in the US but probably not only, with the hormone sellers. That stinks.

In my booklet I write about normality (or actually I publish it): why are certain things considered normal and others pathological? I write about gender dichotomy and its idiocy, about health care and its coupling with legislation. About what is good legislation and where you can find it. Not in Europe.
I translated an article by a mainstream gender dysphoria care team psychologist in Spain, that pleads for a non binary approach of gender and actually starts founding all the trouble trans* people experience with becoming who they feel they are, in transphobic society. Bergero disproves, refutes many of the standard arguments used by pathologising gender teams.
And I end with a perspective of future trans: “Trans in your head”, as the most modern trans* movements in Spain and Ecuador create and live. If you rad Dutch, you should definitely buy ti.