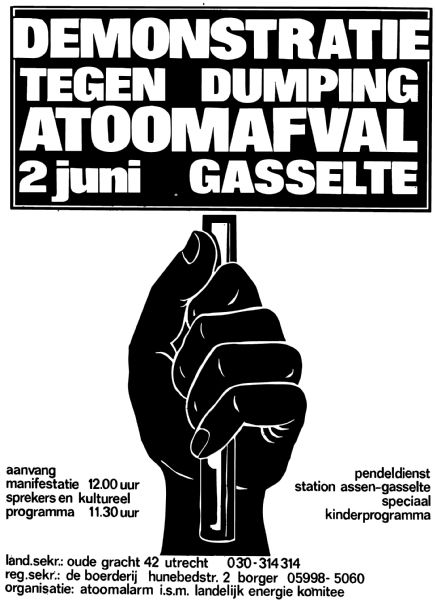 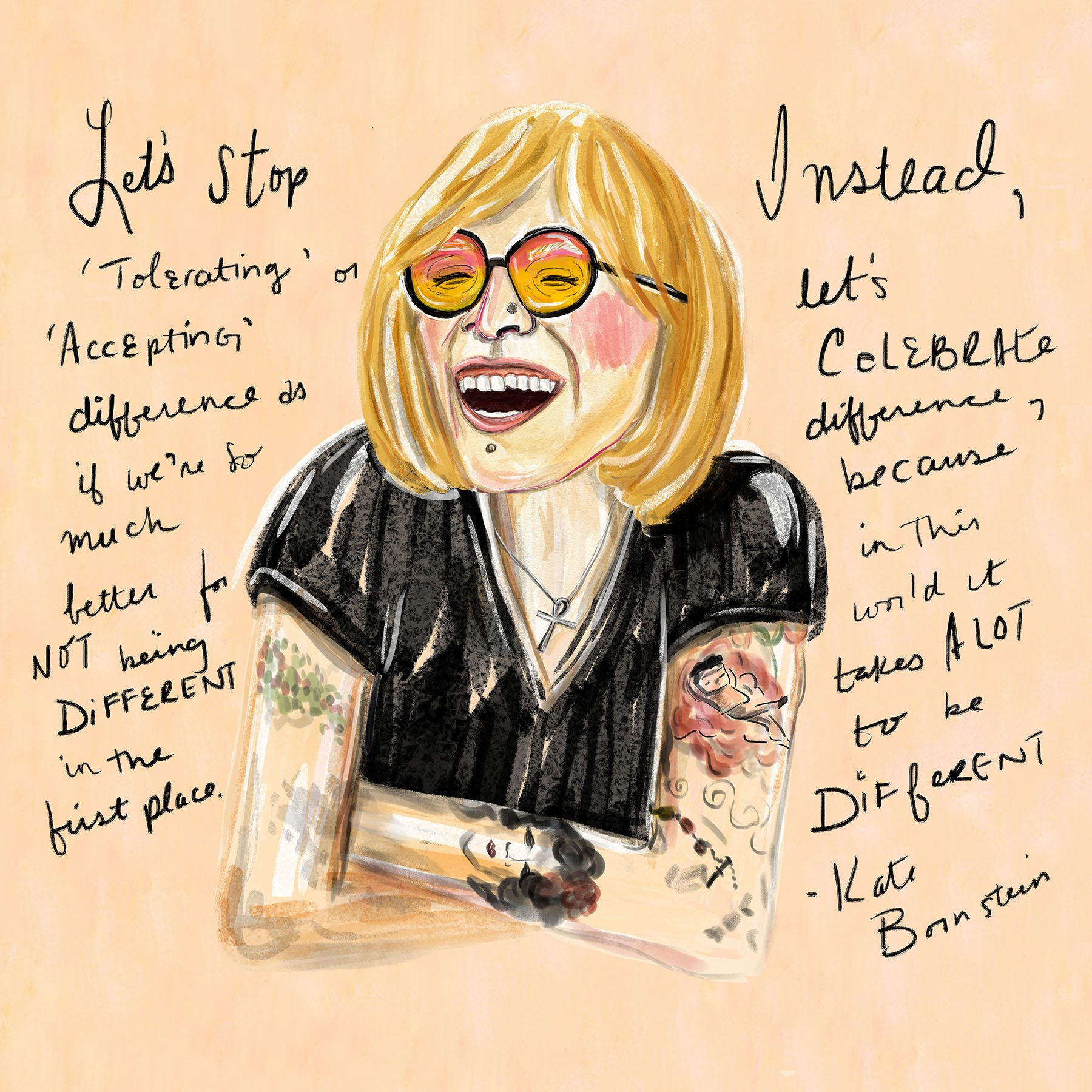 Text of a talk given at the MERLINKA queer film festival in Belgrade December 10, 2015

HOW DID WE GET WHERE WE ARE? INTERSECTIONAL QUEER TRANS ACTIVISM FROM A DUTCH PERSPECTIVE

I have been asked to give a talk on the progress we made in the Netherlands, on the level of LBGTI rights, and what remains to be done. I interpret this as: how did we get where we are?

That means that the first question is: where are we actually? And who is this we that are somewhere?

I argue that the we that has arrived in supposedly LGBT Valhalla, in the Netherlands, is in the end only a pretty privileged group. Although officially all their rights also apply to those excluded. I will show that a legal approach – however needed – always fall short without a focus on what society we need. It will always fall short without anti-austerity, anti-racism, anti-sexism and anti-war politics.

The rights that formally apply to everyone in the country are not in reach of everyone. If you are a trans* person of colour in the Netherlands, and in many other countries, you are supposed to have trouble with your family, and you are supposed to be of a Muslim background. Which means they will pit you either as the enemy and call slurs to deny your humanity including your being, lesbian, gay, bisexual, trans or intersex. Or they accept you happily as theirs – usually as their token trans or gay of colour – and pit you against the others who are thus even more black than before. You as a trans*  person of colour however are suddenly white and semi-privileged. But only partly because you still won’t have a job because of racial discrimination. And when you complain that you have issues in your own community the white people fail to respond. Mainstream LGBT organisation COC does a good job in lobbying and capacity building for minority sexualities and also do lots of trans* political work. The trans* organisation is not capable to do it. As a mostly lobby organisation however their possibilities to garner cultural change are limited. Only under-priviliged minority groups are dong real community building now.

The Dutch constitution posits all laws apply to everyone equally. Which is not self evident anymore since a couple of European countries adopted strikingly discriminating constitutional clauses.

In Serbia and Poland marriage is only between a man and a woman. Which is naive at best and will create unwillingly male mothers in same sex relationships. Women who thanks to a social life prior to their newly acquired and acknowledged gender are the fathers to their child. And fathers who, thanks to giving birth before legal gender change, also are the mothers of their child. This is a pre-queer genderfuck, unwillingly created recently by naive heteronormative lawyers. So, queering cisnormative discourse, I would incite those MP’s and lawyers to keep on doing this. They bring the world we wish of female fathers and male mothers (next to the more traditional male fathers and female mothers) closer than we could hope for.

Ah, yes. That is an issue still of course. We cannot marry. Well, actually, if we can convince our partners to stick with us, we will have de facto same sex relationships. Of course you can try to prohibit that also, but any lawyer with some sense in their brain will object to that for you endanger the stability of the legal system. So in that case also property rights for partner and children are arranged for.

Let me look back in time to tell you about the struggle that we had to get where “we” are, “as a country”. I love this “as a country”, as a nation state. Because it assumes and imposes a collective identity that must be created and maintained, enforced. With all mythology of what being your nationality constitutes. For Serbs you have to be strong, militaristic, war mongering, heteronormative. For the Netherlands its means being a welcoming, trading, gay and tulips loving country. I consider it one of my tasks to tear the rosy pink glasses, with which you look at my crazy country, off your nose.

In the 1960s the Netherlands also knew anti-gay fights. We still have anti-gay violence, and even more anti-trans violence. Actually “gay” did not yet really exists as an identity in the 1960s, most were homosexuals. Yes, words matter. The 1970s saw more and more homosexuals on the streets. I even walked the dogs of a homosexual or gay couple I knew through my parents (I was young and the dogs were big and strong). I was unaware of everything and gay or trans or whatever: fine with me. But homosexuals were in those days still getting conversion therapy and even electroshocks. And suicide was high, an uncle of mine took his life because of homophobia everywhere and surely also in himself.

Trans people finally got a place for medical attention in the 1970s and structurally from the 1980s. Legislation was adopted in 1985 and trans people had to undergo psychological screening, cross gender hormone therapy and genital surgery that made them infertile and preferably changed them “as far as possible” to “the other sex”. The reason why there is relatively low level of transphobic violence in the Netherlands (notwithstanding five killings in twelve years), has to do with this medicalising. We have a medical, even psychiatric condition, we cannot help it, and you are not to beat up mentally ill people. Plus we have a tradition of repressive tolerance. Also of the bad. See Black Pete. As long as you don’t scream too loud we keep it under cover. By the way, in my talk I mostly analyse. I do empathise with all struggles, also of cis straight people, but for that, and how to get forward, we have the discussion and personal talks.

In the meantime, through a tough going on, dealing and wheeling with politicians and several non-religious governments, we have won many rights, most recently the one of all-female parenthood without adoption. Until recently the second mother had to adopt her child. With men we still have issues. Gays, lesbians and bisexuals are protected under general anti-discrimination law, trans people not. Yes, partially, under the sex clause. However to think that works, is naive. Because it does not protect us, aggressors do not see us as women or men, but as freaks. So we are not yet there and in politics the idea is slowly that we have reached everything important.

WHO IS THIS WE

And that brings me to the question “who are ‘we’”? Because when we look at queer rights, trans rights, intersex rights, how effective the protection of people of color is in the Netherlands, we see a gaping abyss. Intersex people, those born with a sex variation, people whose sexed body defies our dichotomous norms that there are only male and female bodies, have NO protection against heteronormative surgeons and endocrinologists. Trans people need psychological scrutiny to concur they are of sane mind in this wish. Only then can they go to the civil registry to change names and gender. Doctors and politicians are still scared shitless of autonomous trans people who without any scrutiny change their gender ad lib. Heaven forbid the bomb under the cisheteronormative system is thicker than blood, starts infecting the majority. Then, if you are a person of color, you are to suffer doubly, both under your cultural heritage and the white cishet system. Pardon, gender dysphoria.

WHAT TO LEARN FROM ALL THIS

I think it is important to learn you need patience and a good inclusive and intersectional strategy. Inclusive of your own minorities, inclusive of people with the right ideas although they may not belong diectly to the LGBTIQ community. For the it is of utmost importance to understand and act after the adage “Nothing about us without us”. Stand with sex workers. For many of us sex work is sort of a passage rite. A period of incredible vulnerability. Talk with Romani people how they are segregated and do not get rights. Many of the trans sex workers in the Yugo region are Romani people and they are shunned by the others. So in a an even worse situation than other trans people. Talk with immigrants about their struggle, see where you can help. Where they can help us. Talk with your intersex activists. Learn how the cisgender heteronormative system works, how it screws up all of your lives. Also that of the cisgender heteronormative people themselves, because they are not in the position to experiment with other ways of living, they are caught even deeper in the Matrix. Poor straight people. I pity you. Our Utopia is polymorphous perverse world where love and sex are no commodities anymore. Where we can frolic and fuck at work – but only with consent. Our future is a stateless queer ecosocialist society. It is a long road and we will know loneliness and bombs on the road, but remember: you never fight alone. Hasta la victoria siempre, comrades!

No wonder we can’t seem to get anything accomplished. I’ve learned over the years that the liberal leanings of our community often lead to “Activist Attention Deficit Disorder.” We can’t focus long enough on our own collective problem to get anything done. Because everyone must be an idealist and “live [their] convictions” we are constantly hamstrung.

When I ran away from slavery, it was for myself; when I advocated emancipation, it was for my people; but when I stood up for the rights of women, self was out of the question, and I found a little nobility in the act.