I don’t know exactly when it was, but there was a time I got really fed up with estrogens. They became a hindrance, an obstacle. Or maybe it was the belief in them. But I am still trans. Maybe even more.

When in the beginning of the 1990s I decided to transition from somewhat male, a person assigned male at birth, but never really identifying with it and always estranged about the behaviour of the boys in school and in the streets, I first thought I would probably just be a sissy, a faggot, a queen (well, shy princess still then). As many gender and sexuality insecure youngsters I have been “experimenting” with relations. I had a sort of straight relationship with a cis woman of eight years older, and I had a sort of gay relationship with a cis gay of also some eight years older (but not the same age as my female partner 😉

A recent experience taught me more clearly that my gayness is mostly about gender expression, not so much about sexuality. And I got a beautiful scarf through it also.  Twenty odd years after transitioning away from male, I finally got the answer on thát issue. Could be worse.

When I got the nowadays much vied for Green Light for hormone replacement therapy, I was happy: it put me physically on the road I was convinced I wanted or needed to walk. I’m an easy person, when I am convinced of something, I am convinced. Not that convincing me is particularly easy, but I won’t stray much from my conviction. So when I go for the Woman trajectory, I am a faithful follower of protocol and tradition. I faithfully took my Androcur and Estradiol, whatever the effects. I cheered (silently, for I had very few peers) about budding breasts and took the discomfort of depressed feelings for granted. Though I also cursed that castrating Androcur. I believed in the transsexual ideology (by which I mean something completely different than the TERFs or the Moral Majority). I cursed its depressing effects, surely together with the emotional effect of the estrogens. It is a roller-coaster ride, being on those candies. I schooled myself in the trans and female sociological career. And am still very happy with the results.

But I quit estrogens some two years after gender affirming surgery. Because I was *way* too emotional. And I had lost track of who I felt myself to be. Who I wanted and needed to be. A less positive psychologist or endocrinologist would probably label me a regretter or a quitter. I was lucky to have an interested endocrinologist (Louis Gooren) who wanted to know my story, my reasons. And believed my answer on his question if I knew it before, if I had regrets. Which was “no”. just like when some two years later I decided to let go of my breast implants.  it had worked, had a good, positive and constructive effect on me. the combination of estrogens and later breast implants enabled me to see and feel myself to be more feminine. For the lay visitors: being male or female doesn’t come from hormones or surgery, it’s a gender identity. 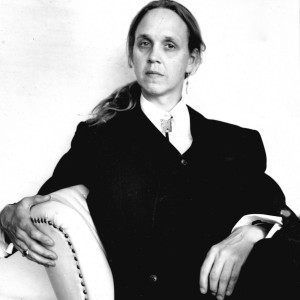 My trans peers (90% trans women who were in some stage of their transition) were probably scared of what I did. Their doubts and insecurities about themselves and the world (mostly the world) were not served by my defiant or actually more matter-of-factly letting go of the visibly most important trans woman’s asset: good breasts. And on top of that quitting E … Also I was hanging out more with bois, trans men to be, trans guys who were not on hormones mostly because they didn’t feel really male. Somehow that rang a bell with me. And shortly after wen I joined the trans men-support group open for all [non-cis men] who were somehow exploring their masculinity) I started to jokingly identify as a “trans man born in the wrong body”. But no, I never really willingly identified as male. I guess I have been female, I surely identified as it for years (sort of, actually I identified more lesbian, after Monique Wittig).

After going off E, I have been for one or two years without any hormone supplication. I cannot advise you to follow that, it? bad for your health, you go through the nasty effects of the Change, become technically post-menopausal. It took me those effects to decide I needed something to replace the estrogens but I was not planning on returning to testosterone. I knew of something with a weak feminizing and a weak masculinizing effect. An androgynous friend of mine took that. i got it thought my endocrinologist and for some time I was happy with it. Post-surgery you need something after all. And those sweaty nights where each thought gave the effect that normally only fear has, together with loss of energy and power … I really needed to get rid of those. But after some time it wasn’t enough. The alternative was going for low dose Testosterone. Which I increased over the years to an average trans male dosage that is usually good, and sometimes too much or too little.

The one thousand euro question for many is: did I de-transition? Was I a regretter after all? Hanging out with mostly trans men … I violated the first amendment of trans women probably: letting go of femaleness. See a picture from around those days (cringe).

Fast forward to 2015. I can now say (proudly) that I have tried to be man (but ended up being a sissy), have been a woman and traveled on to being something completely different, beyond those two weird boxes the world ties to put me in. I sometimes ponder taking different forms of T, or more T. But then, I often just forget about it and observe I am not that much governed by those sex hormones. and if there is a message in all this, it might be: do what feels good, and try to find a doctor who wants you to be happy and healthy, more than following protocol. And no need for regret (although regret is part of life). Quitting can perfectly mean traveling on to hitherto unknown genders. Going where no one has gone before. Navigating the uncharted territories of trans*.