I am Vreer and I lost my gender already ages ago. Left it under some stone and have never found it back. I go by the pronouns “They”, “their” and “them”.

I guess I want to reflect a bit on this theme of embodiment, and gender. My story is not completely coherent, but neither am I anyway. It is both a reflection on a couple of questions and it is a couple of personal remarks, stories. A fragment of biography. Anyway.

In the Netherlands my body has no social significance. My body does not matter, does not count. My body must be adapted to a sexist and racist standard. Before it was the law that charged medicine to uphold a classic moral that certain identities were only legal and legitimate in certain bodies.  Now it is only medicine and social cultural norms; the law more or less took its hands off our body now. And many identities have no place anyway. Well, in a certain sense I am OK with that. I am way too cute for your binary. I can’t even think straight, let alone that I can adapt to cis standards. Best let me frolic and riot.

For me we can definitely sever the body from the biological. Or better we can ditch biologism. Biology as the description of all kind of processes that happen in bodies (human, animal or plant) and beyond definitely has its value. But as soon as it concerns things sex and gender, biology turns into ideology . As so many scientists, biologists don’t look very critical at the basis of their science. Most of them will never have heard of their eminent colleague Donna Haraway with her groundbreaking book” Simians, cyborgs and women, her later critique and analysis of bioscience “Modest_witness@Second_Millennium: Femaleman™ meets Oncomouse©”. The books that prove sex and gender diversity in all kind of species are often ignored or criticized from scientific dominant ideology.?Gender is always embodied. Not because we are born that way but because power relations inscribe gender on our bodies.

I, or we – I sometimes identify as a positive multiple (We are legion and so am I) – can definitely speak from my sexed and gendered body. My queerly gendered body that has slowly become comfortable to be while I peel off all the layers of imposed significance. I had to start with that just after finishing my second transformation, from Male to Female, or from hidden riddle-gender to Monique Wittig inspired lesbian to be. I had become an apparently cute trans* woman, but never felt comfortable with many things “woman”. Directly after breast surgery I had to wear a bra, a real one, not some kind of top. The horror. It felt I was made to conform to norms living close to the body, just for having a certain body. I have never been interested in female labelled underwear. if I considered it too frilly on others already, then surely on myself.
If I hadn’t felt the weight of expectations on me I probably immediately would have sought for something like army fatigues.

After some years and quite some torment – my love was just growing breasts and identified with mine – and binding, I decided to let go of my breasts. They didn’t fit with me anymore and I took them for a ‘false’ reason, almost as a test. They helped me in developing my womanhood, or femaleness, my femininity. That I let go of after a couple of years. I accepted my rejected masculinity. And later started working again at my femininity but then way queerer. I now associate (i never identify voluntarily anymore) as faggot, flikker, marica. Maybe I went full circle. I am a trans *man who was born in the wrong body.
Like my gender and how the world saw it, I never liked the way the world works either. Always too much wrong. Probably all of my life I proudly belonged to all kind of minorities. I love being part of all sort of minorities, but I absolutely do not like the lack of privilege it comes with, the lack of rights and possibilities.
Minorities are cool, deviant and oppressed groups have way more humour than the Ordinaries, the Others, los demás. de gewono’s. We are cool, you are dumb. You irritate us with your limited cis behaviour.  We have problems with your “cissplaining”. and we don’t need cis people to stand for us, we need you to stand with us! 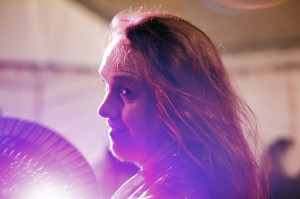 Maybe I should tell you what I dream. How my ideal gender, body and sexually diverse world would look.
Non hierarchical to start with. Everybody celebrating diversity and creativity. Free love, no more (subtly) forced compliance with white, cis or straight normativity. No more wearing a pronoun sticker that tells your name and gender, nor badges with your pronoun. No list of fifty something gender or sexual options. Just a positive dotted line where you can tell what you want people to know. Being loved for being Different. And everybody learns sign language, with all the terms for our beautiful existences. Our own Deaf terms. Queer wheelies and other queer dis/abled people would be welcomed on sparkled ramps or other enabling solutions. The EU would be very colour, gender, crip, unicorn and women positive.

Not unimportant: out trans* people and out intersex people or people with an intersex status/condition would all be loved. Because that is a huge problem. We are hated. In five years we have counted more than 1,500 murdered trans* people, most of whom by the way were trans* women of colour doing sex work out of survival necessity. And I guess most of you neither have had much talk with trans* people, in a serious friendly non research related way. You all love us for research. But you never love us. Trans* people are in almost all environments radically not loved. And then there is a cotton ceiling: it hardly goes beyond the underwear. Of course I must not bear the sins of one researcher on all the others. #notallresearchers, you know. And #yesalltrans people. But my own experience appears to find collective recognition. I would actually say: try us out. Not as in taking a trial subscription, but open up to us, explicitly. Be revolutionary and love a trans*/inter* person! Confront the unknown. We have to do it every time when we engage with a cis person.

I do not want your acceptance, I want your transformation and don’t take “later” for an answer. You can help, you should help. The recruiting office is open after the discussion.